In the past 10 years, what industries have risen and declined in the United States?

Ten years is just a very short moment in human history. However, ten years has enough power to bring drastic changes to the development of various industries.

In the past 10 years, various emerging technologies based on digital Internet have emerged one after another, not only changing the traditional production, work, and social methods, but also making the traditional industrial structure different from what it is used to be.

The data clearly show that the disruption of industries by new technologies often comes at the expense of thousands of jobs. Over the past decade, nine of the 25 industries in decline in the United States have more than halved their workforces. Among them, the number of employees in hydroelectric power generation, traditional printing operations, and port and shipping operations has decreased by more than 70%.

Where there is replacement, there is new life. As traditional inefficient jobs are being replaced by automation technologies, a range of new forms of goods and services are being created. 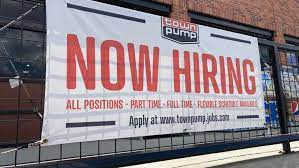 Analyzing the above data further, we can see more changes that have come and are coming:

While the popularization of automation technology has greatly improved work efficiency, it has also reduced the demand for traditional repetitive jobs. Over the past decade, hydropower is the industry with the largest decrease in the number of employees in the United States (-82.7%), but this decrease is not due to weakening market demand, but the decline in personnel demand caused by the popularization of automation software.

Meanwhile, industries such as ports and shipping operations (-70.1%), business and secretarial schools (-68.3%), citrus cultivation (-39.4%), and air traffic control (-36.5%) were all affected by automation technology. Digital media and social networks promote the digital information revolution. In our daily life, the most direct change we can feel is the digital information revolution brought about by the Internet, especially the development of the mobile Internet and digital media.

Internet-based digital media and streaming media services have directly impacted traditional industries such as photography, video printing, cable broadcasting, film and television, paper news publishing, physical books, and printing. With the popularization of smart phones, information acquisition has further broken through the traditional physical form and time constraints, realizing the real-time information acquisition and social interaction. Digitalization has greatly improved social efficiency, given us more choices, and brought more and more blank markets and business opportunities. Changes in population structure and consumption propensity have spawned new industries. With population growth and aging, and the resulting social changes have become common problems faced by all countries in the world. Changes in population structure have also triggered changes in social consumption needs and behaviors. In the United States, the social needs of elderly care and health care insurance services are becoming more and more urgent. For example, in 2018 the U.S. elderly and disability care services industry employed 1.8 million people, a 190% jump from 2009.

While promoting the construction of a digital society, the Internet has not only created new business models such as sharing economy, on-demand economy, subscription-based e-commerce, and customized production, but has also driven a series of changes in daily consumption tendencies and behaviors. Health, environmental protection, and personalized consumer demand have also spawned more new sub-sectors, such as craft beer, nail art, health services, indoor agriculture, and pet care.

It is certain that, in addition to the technologies that have produced disruptive changes, 5G, Internet of Things, edge computing, digital twins, artificial intelligence, blockchain, quantum computing and other emerging and evolving new technologies will further promote the digitalization of the entire world, and more The traditional industries will be subverted by digitalization, and more new industries and new markets will be created.

"The whole world is the same cool and hot". Even though countries are at different stages of technological development, industrial structure, and economic development, the declining and emerging industries in the United States are like a mirror, reflecting the future trend of global industrial transformation.