In the early morning of the 19th Beijing time, the Qatar World Cup finals came to an end. After a penalty shootout, the Argentine team defeated the defending champion France (3:3 in extra time, 4:2 in penalty shootout), and won the World Cup again after 36 years.

In the final game between Argentina and France, during the 21st minute of the first half, Di Maria made a penalty kick and Messi broke the deadlock overnight. After that, Argentina made a quick counterattack and Di Maria pushed the goal to rewrite the score to 2:0. Changing sides to fight again, the French team, which changed its offensive combination, created more threats. In the 80th minute, Mbappe made a penalty kick. 97 seconds later, Mbappe volleyed and scored again, and the two sides returned to the same starting line. During regular time, the two teams were tied. 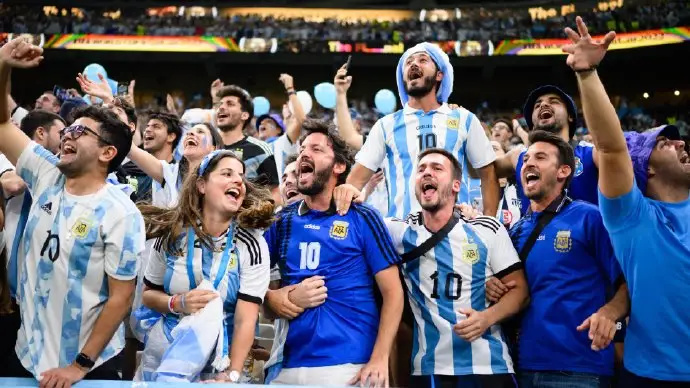 In the 109th minute of extra time, Messi scored with a supplementary shot. At the last moment, the French team won another penalty kick, Mbappé hit, and the game entered a penalty shootout. Argentine goalkeeper Martinez saved Koeman's shot, and Joan Ameni also missed a penalty, and Argentina won the championship.

Messi scored two goals in the final. According to statistics, the Argentine star set a number of records in this World Cup:

4. Refresh the record of the oldest pass in a single game of the World Cup held by himself;

5. The player who won the most official best times in the history of the World Cup;

6. Reaped the 17th victory in the World Cup finals, tied for the first place in history with Klose;

7. The number of appearances in the World Cup reached 26 games, the first in history;

8. The first player in history to win the World Cup Ballon d'Or twice...